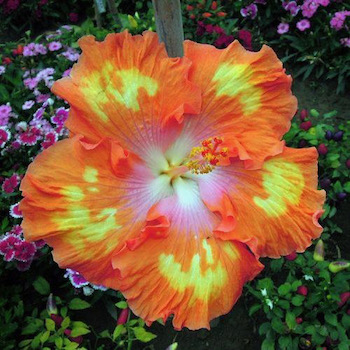 There are several versions of The Women’s Health Protocol Story depending on where you were at the time of its development.  There are many perspectives…

A Request in Class

While Missy Grace Oleaga and I were co-teaching a Clinical Acupressure 2: Meridians Class with Susan Grant in Wilmington, North Carolina, in a hospital, which sponsored the program for its nurses, occupational therapists, physical therapists and massage therapists, a student came to Missy Grace asking for acupoints applicable for women’s breast health as she had to teach a segment on breast health the next evening at a hospital.  The student showed up for her class on women’s breast health and discovered that it was really on Women’s Health.  Missy Grace got an intuitive hit that we needed to pursue this request and need.

We all started to make suggestions, “the Spleen acupoints for blood”…and such. I opened the question to the Soul Lightening Community for input.  Alvina wrote to Dr. Aminah Raheem (the originator of Soul Lightening Acupressure) ,  Leah Matalon, Angelique Priscilla and Betsey Baker, senior teachers, and others who gave their ideas of which acupoints would be beneficial to woman’s health.

So, we started with a question.  Gathered some data.  Arrived with books.  A lot of books!!!  Yet we didn’t need a one.  Not a one.  As you will hear.

Several months later, Alvina Quatrano, Missy Grace Oleaga and Cathy Miller met one weekend at St. Micheals, MD, a sleepy fishing village on the Chesapeake Bay, Eastern Shore of Maryland near to where Cathy Miller (former President of Soul Lightening International) lived.  We arrived to a quiet motel situated by the Bay at the turn of spring.  The back of the car was piled with texts. Each woman carried her sworn texts on the subject — there were piles of books — no two alike.  We thought we’d be hunkered down all weekend delving through those books, pouring through, discovering secrets of the ultimate healing potion for women’s health.

That’s not what happened.

Alvina had left her Ocean Grove, N.J. home to pick up Grace in PA on the way to meet Cathy in St Michaels, MD. Grace and Alvina met Cathy and they all trundled their books into the motel room.  After the long trip in the car Alvina used the bathroom (“the loo” British friends say, “the head” the sailors say) and when she came out of the bathroom Cathy was on the massage table set up between the beds, surrounded by piles of books and Missy Grace was moving around her.  “Are you guys???”… and they never stopped.

I (Alvina) grabbed a pad and pen and started writing but Missy Grace said, “We remember it.”  They moved easily from one set of points to another as though spiritually guided.  They were spiritually guided.  We all tapped into the spiritual guidance, checking in to our experience of how the points felt and adding suggestions along the way.  And, before we knew it it was done. The Women’s Health Acupressure Protocol.

Forty minutes after arriving to St. Michaels, MD for a studious weekend we had finished the protocol.  We were annoyed, elated, shocked, a little confused, grateful and happy. We now had vacation time in this beautiful location, not indoor study time as we had anticipated.

We practiced the protocol to be sure and we were sure.

After the weekend, we brought the protocol to our teachers Dr. Aminah Raheem, the originator of Soul Lightening Acupressure and Susan Grant, the developer of The Clinical Acupressure Program.  They tested The Women’s Health Protocol and made decisions about what we gave them.

It was/is a very powerful protocol.  Aminah wasn’t ready to let us teach it yet, for a long time.  She wasn’t ready to grant the whole community to teach it but we developers could teach it if we wanted.  And so we taught The Women’s Health Protocol for many years on our own as a one-day class (8 hours).

Finally, 20 years later Cathy Miller who was by now the President of Soul Lightening Int’l and also the Graphics Designer, was redesigning the Clinical Acupressure Manual, which has 75 protocols in it,  asked Dr. Raheem if she could add the Women’s Health Protocol to it.  And she said yes!

In 2021 there were several versions of the WHP.  Alvina and Grace like to use the original. Since that original time, Cathy Miller has developed Clinical Acupressure 3: Extraordinary Vessels — Lineage Material (which many say should actually have been CA 1 because it’s what the work is based upon — what goes around comes around) and she realized that the Master Points for the Chong Mai Meridian work well to support the original WHP, and so, that sequence was added as an option to the beginning of the protocol. Subsequently, the manual size and style changed, so, several versions of the Women’s Health Protocol exist as it has been explored over the years.

Join us as we present the new Self-Care Version of the Women’s Health Protocol that we created for us to present on Zoom during the COVID19 Pandemic. We also teach a longer version for Soul Lightening International Acupressure Certified Practitioners to offer for others.